Why Turtles Win (or Why Slow and Steady Wins the Race) 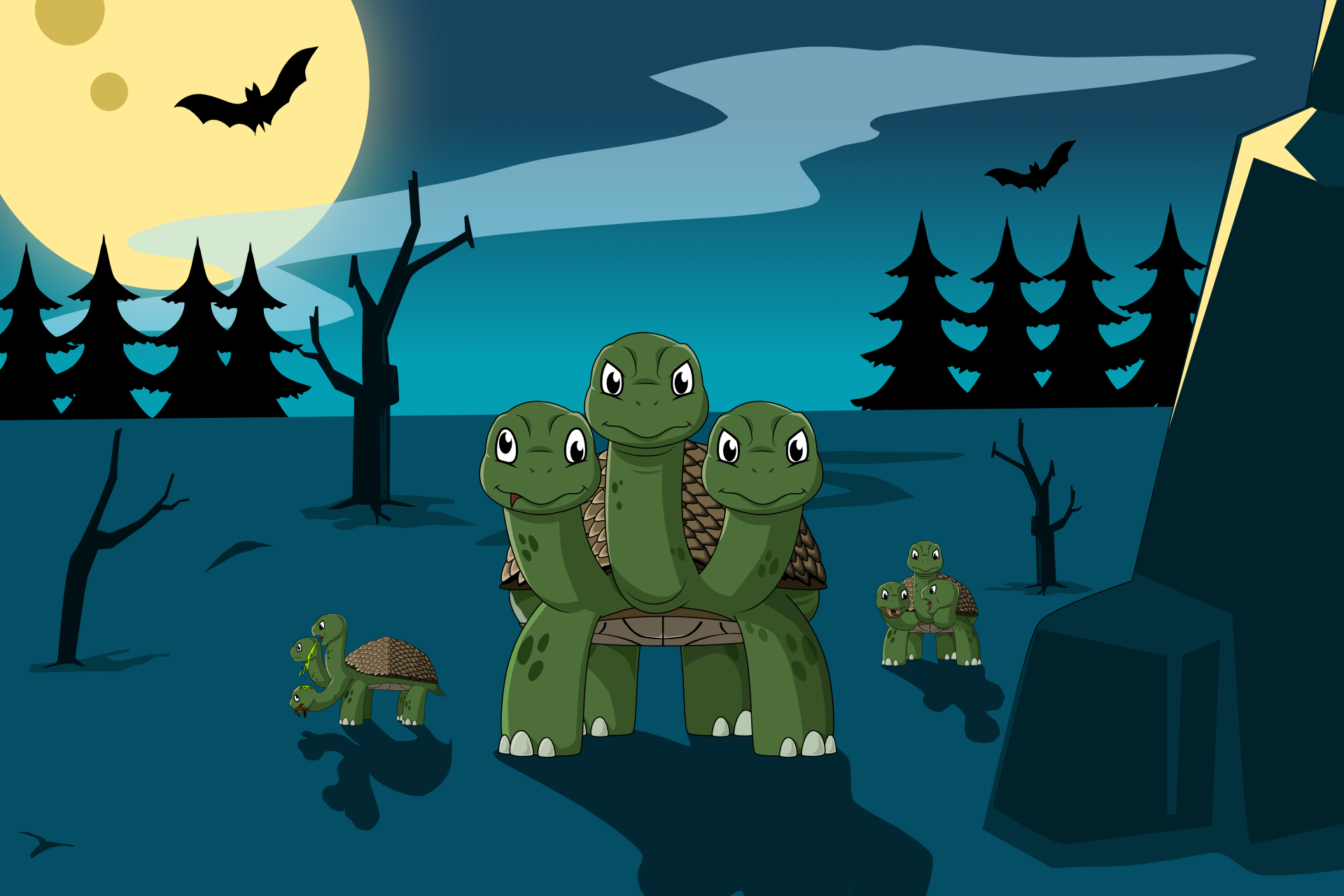 If you’ve ever heard the story of the Tortoise and the Hare and ever wondered why turtles win, it’s not because they have have three heads or can instantly create miniature clones of themselves or even because they spit acid. It’s because slow and steady wins the race.

A long time ago, after the Pelican Wars, I got myself a pet turtle. I put him in an aquarium tank and watched him grow. I was too zombie fogged to realize how unhappy he was in that little tank, even as he kept spitting acid to try to get out.

One day I noticed he had a tiny clone of himself. It was cute and I thought nothing of it. The next day there were two clones.

It’s possible your turtles clone differently than ours, so it’s worth pointing out that our turtles can only produce a clone about once every 30 hours.

It wasn’t until a month and several clones later that the turtle and all its clones were gone. He apparently had created enough clones to lift him up to the edge, where he was able to help them out and escape. He was free and happy and I realized that’s how it should have always been, but he showed me why slow and steady wins the race.

It was because of one simple thing.

Why Slow and Steady Wins the Race

I thought about what I would have done if I were in his position. I would have been all fired up and ran against the walls of the aquarium. I would have stomped on the glass under my feet trying to break it.

The amount of energy I would have expended coupled with the lack of results would have discouraged me. It wouldn’t have taken long for me to give up.

And that’s why turtles win. They don’t go for big bursts of energy followed by long droughts of despair. They simply keep at it consistently. They don’t stop. They are slow, but they are steady. When you enjoy each step, you don’t burn out. That’s why slow and steady wins the race.

How to Win the Race

If you want to get out of your box and see real improvements, don’t try to go for big, bold changes. Sure, they can work in certain circumstances, but not ones where stamina is involved.

If you need to make big changes, the best way is to follow these three simple steps.

Sure, you can get off the couch, take up running and start at a mile, only to burn out after 3 days, or you can walk around the block each day, increasing speed and distance every few weeks and cover 15 miles in 2 months.

Success isn’t something you’re born with. It’s something you create by what you do. If you want success, sometimes you have to do less to do more. Take small steps to success and be consistent. Slow and steady wins the race.