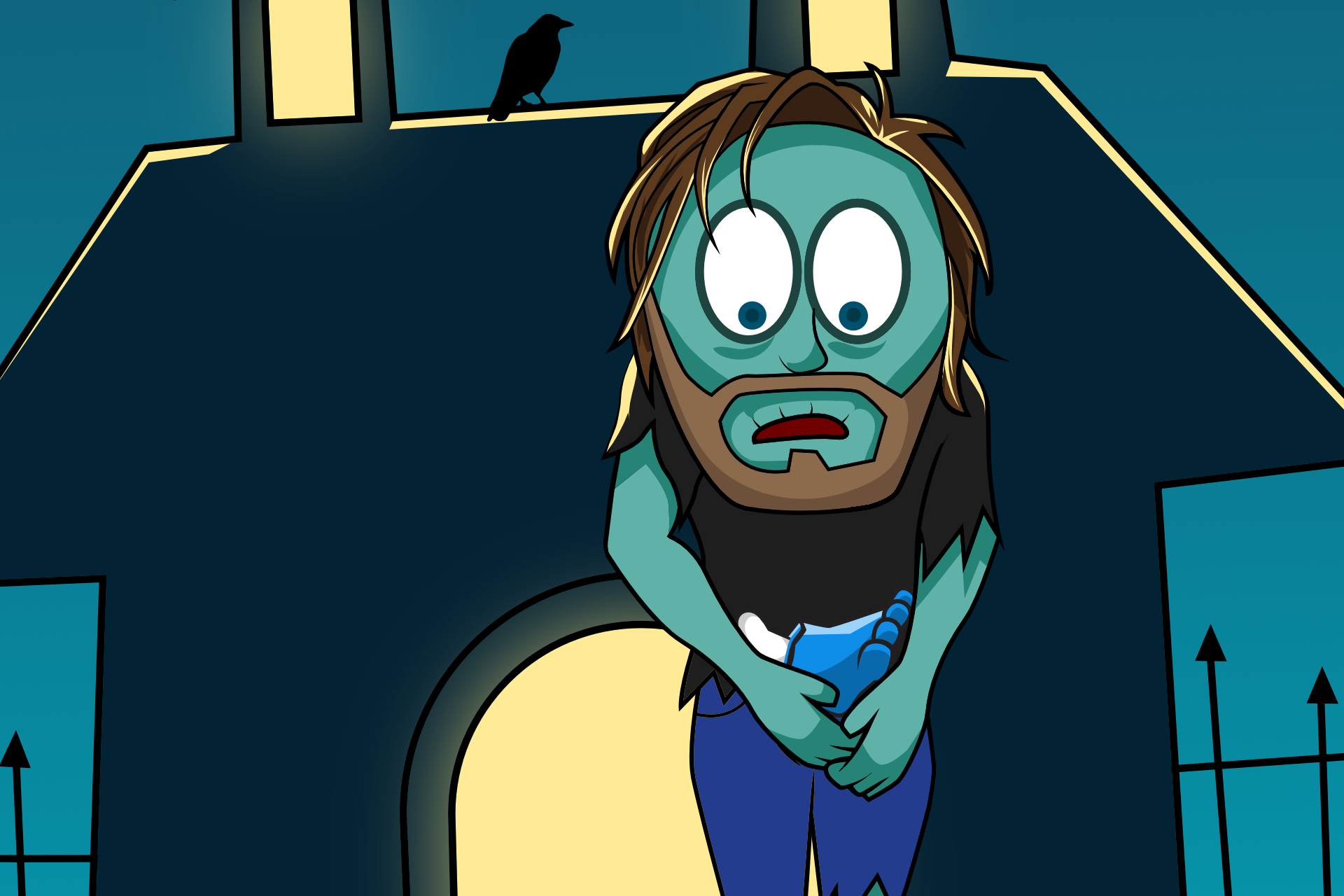 You may have tried to drastically change your life before. If you did, you probably had a huge amount of steam and made great progress… for a few days, until the steam dissipated and your effort came to a screeching halt. Instead, for lasting results, take small steps to success.

Okl’n and the Deep Freeze

When Okl’n was first reanimated, he found himself frozen. A lot. He was new to this world and had no idea what to expect. He would just casually wonder around the graveyard at night, not realizing that frost monsters love it there, and when they get spooked… well…

The first time this happened to Okl’n he was paralyzed by fear. Okay, it might be more accurate to say he was frozen solid and afraid, but you get the point. After it happened a few times, he kind of became used to it.

At the same time, he realized he was perilously close to becoming a zombie puzzle. Sure, being basically immortal and immune to the effects of cold, he wasn’t hurt, but if he fell over he could shatter like some bizarre version of zombie Jenga.

As he started to thaw he realized he could take big steps to get home and run the risk of becoming a zombie jigsaw or he could take small steps to success. The choice was obvious.

Okl’n had three choices. He could have stayed where he was. Of course he wouldn’t get anywhere and he would run the risk of falling asleep and waking up as zombie stew.

He could have run and risked the same result because he was so unaccustomed to his new situation.

The smartest thing for him to do was to take small steps. He was making progress, but doing it in a way where he could continue to move forward.

And that’s exactly what he stared to do each time this happened: he took small steps to success.

We often have the ability to change our future and make our lives better. Sometimes we choose to stay in our comfort zone. The only problem with that is we never change. We stay in the same spot, and we may find just staying still is more damaging than moving.

Sometimes we try to create good personal habits and run at something new full steam: a new diet, better productivity, more chores. It’s a great idea, but our brains are wired to the habits we already have. Rewiring them takes time and during that time our brains keep trying to push us back to equilibrium, because that’s how they’re currently wired.

Zombie brains aren’t so much “wired” as they are gooey. Ironically enough, those of us who were reanimated were “wired up” to be reanimated.

If you want to change your life, use small steps to success (do less to do more) for the formation of good habits. Focus not only big changes, but on consistent small ones.

Running a 5k each day sounds great until you’re worn out and sick of it on day three. Walking 5 minutes a day is much more doable and you can consistently do it each day to build the habit. Then after it’s a habit you can take it up a notch.

If you want to change your life, use small steps to success. Simple activities that you do consistently each day are much more powerful than big ones that you do inconsistently and eventually give up. Self improvement is achieved one day at a time.
EXCLUSIVES AND MORE
Do you feel your dreams have died? Did you bury your goals long ago? Are your aspirations six feet under? Reanimate your dreams with Zombie Goals!