Paralyzed by Fear (and How to Unfreeze) 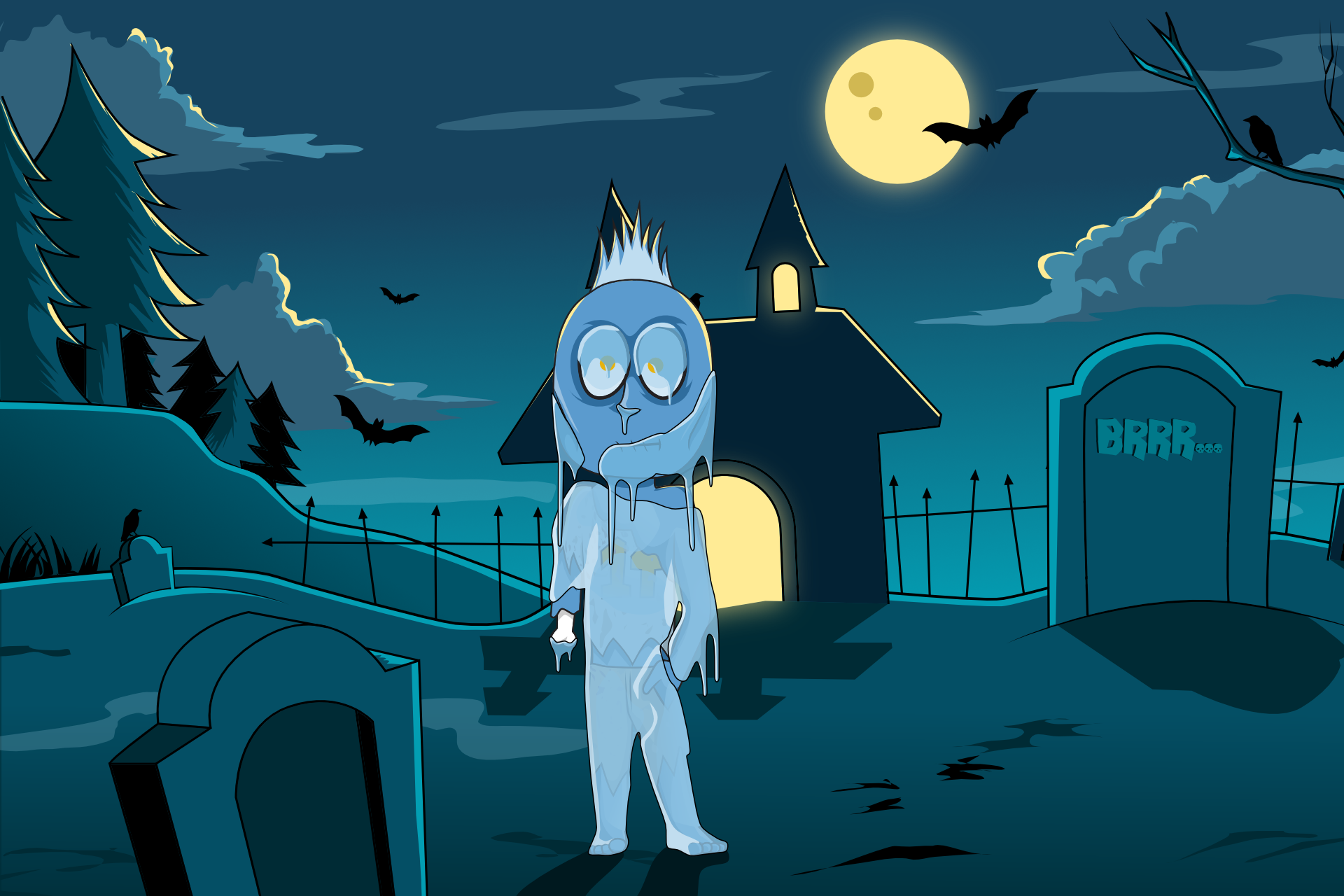 The other day I came across Okl’n who was paralyzed by fear. More accurately, he had been frozen by a frost monster, but you get the point.

It made me think about how fear can stop us in our tracks, and, more importantly, how we can unfreeze.

The Fix for Fear

I’m going to do things a little differently this time. I’m going to show you the steps you need to take, then explain them. It’s what I did for Okl’n and he loved it. He was speechless the whole time. He was so enthralled, he didn’t move a muscle. In fact, the only thing he did the whole time is moan in agreement, although his timing is horrible!

We’ve all been there: you want to do your exercise or write your novel, or upgrade your hovel, or create a new piece of irradiated jewelry and you find yourself paralyzed by fear. “What if I’m not good enough?” “What if this sucks?” “Where do I start?”

When you are trying to stick to your goals (preferably using The ABCs of Zombie Goals), and you find yourself paralyzed by fear, these are the simple steps you take to unfreeze.

Let’s look at these one at a time.

The first thing you need to do when you’re paralyzed by fear is analyze the fear. Why are you afraid?

Something has caused you to freeze up. What is it? Take a second to figure out the real problem.

I asked Okl’n what he was afraid of and he was deep in thought for a long time. He didn’t say anything. Eventually I just moved on to the second step because I got tired of waiting.

It’s okay to be afraid, just don’t let the fear stop you. The best thing to do is remove the fear.

Are you afraid because you don’t know where to start? Sometimes it’s best just to start somewhere. When I wrote this, I started at the beginning, put some thoughts in the middle, a few at the end, then I circled back around and fleshed it out. Sometimes just doing anything will start the ball rolling.

When you’re paralyzed by fear, find a way around, over, under, or through the fear.

Do the task day after day and the act of doing the habit one day at a time leads you to amazing levels of self improvement.

When you find yourself paralyzed by fear, you can unfreeze yourself. First analyze the fear so you know what’s causing the problem. Then remove the fear by addressing it, changing your approach, or altering your view. Finally, do the task. The consistency of performing the task despite the fear is what defeats it just like toxic ooze defeats a frost monster.

Now after this, I feel like there is something I needed to do. I feel like Okl’n remembers, but he’s not been talkative lately.

I forgot to do my laundry.

Memory is important. Keeping track of important things in your life – and people – is crucial to happiness.

I might as well get Okl’n and unfreeze him so he can tag along. I mean, he hasn’t really been a great conversationalist, but we are friends. Besides, the pale shade of blue he’s wearing lately is unnerving. He needs to get back to his normal shade of purple.