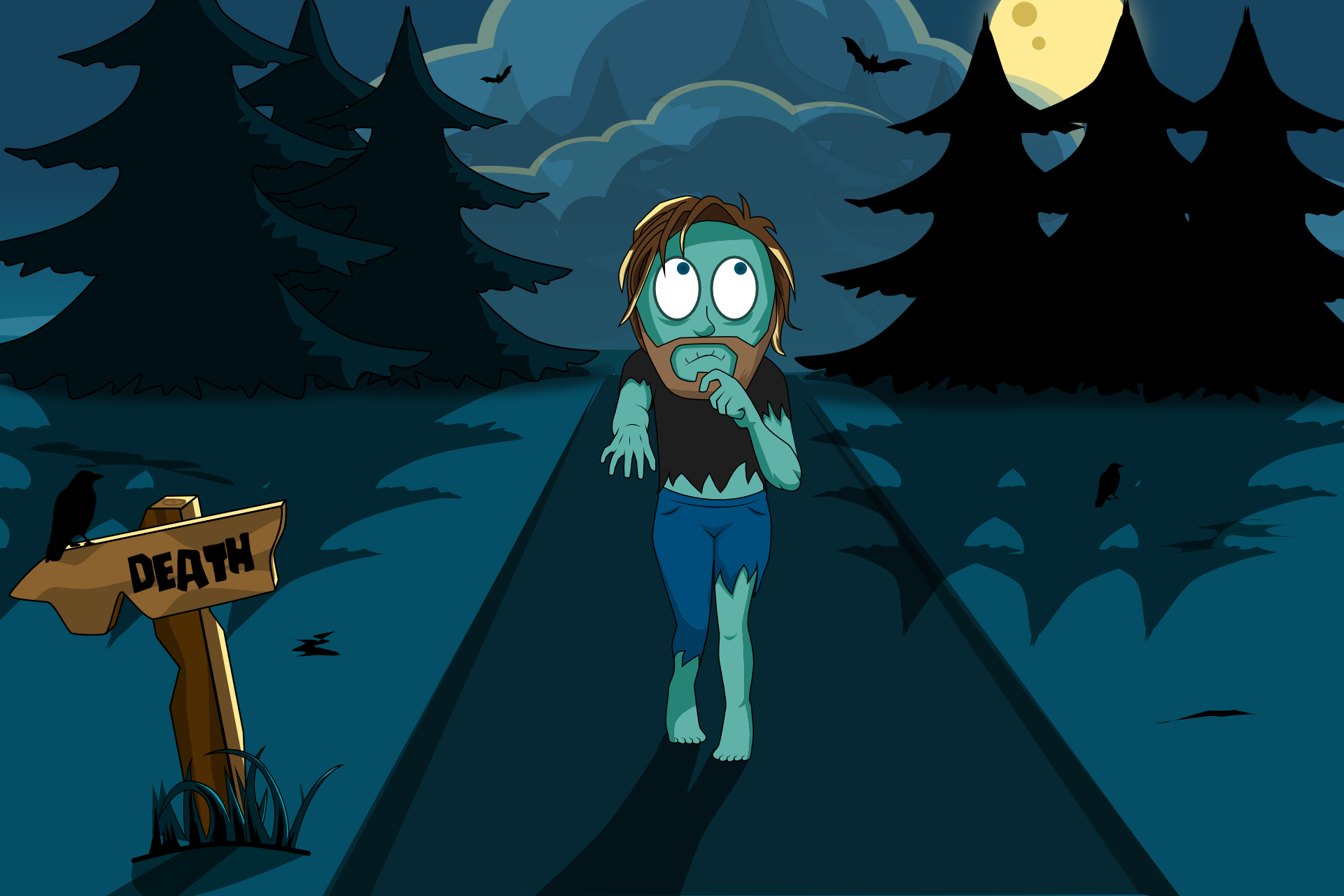 If you’ve ever struggled with difficulty in decision making, you’re not alone. I often wonder if I should stumble about arms outstretched, stumble with my arms to my side, avoid stumbling entirely, or employ a variety of half a dozen other ideas.

Then I came across one secret that cleared it all up. Now I make choices like a wizard. Here’s what happened.

Did you know that putting your hands on your hips with your elbows out is called “akimbo”? I do. Why? Because I tried so many combinations to figure out how I should stumble about… or even if I should.

Sure, the standard zombie goto is the arms outstretched, but that is what everyone does. It seems kind of “done before”. In fact, doesn’t everyone stumble about, which means doing it is just becoming part of the herd. Or is it necessary to stumble about because I want to be in a different place than I am?

I’ve tried it all: stumbling, not stumbling, arms outstretched, right outstretched, left outstretched/right akimbo. Up, out, in. Elevated, inebriated, exasperated. Akimbo, Akito, Akira. I’ve tried so many options that I feel some might work better as some type of drawn movie than a standing position.

But then I came across a secret that helped me every time I had difficulty in decision making. The beauty is that it was so simple, and it all came from an experiment the mad scientists did.

Anyway, they had this experiment where they were trying out brain substitutes to see which the zombies would like. What they found was incredible.

The simple truth: too many choices can put you in a jam. We become unable to make choices when we have too many options.

After hearing about this, I realized how to overcome my difficulty in decision making.

If you want to be a decision making expert, it’s simple: get rid of all but three choices. Sure you can start with more, but narrow them down quickly.

When you need to decide between several options, narrow them down to three and you will find that making a decision becomes much easier.

Great decision making is powerful. It can help you keep your goals on track. It can help you take a step forward – quite literally – when you’re stymied by choices. When you’re so confused you struggle to start the day, you look in the mirror, ask yourself “what is your daily routine,” powerful decisions can make it clear.

Use this one simple trick to overcome difficulty in decision making and enjoy a life of surety and peace. And possibly a radioactive lake, a taste for brains, and a very real fear of flying squids, but maybe that’s just me. We can cover that another day.

For now, do this today: narrow every decision to 3 or less choices and see your ability to make difficult decisions become a super power.