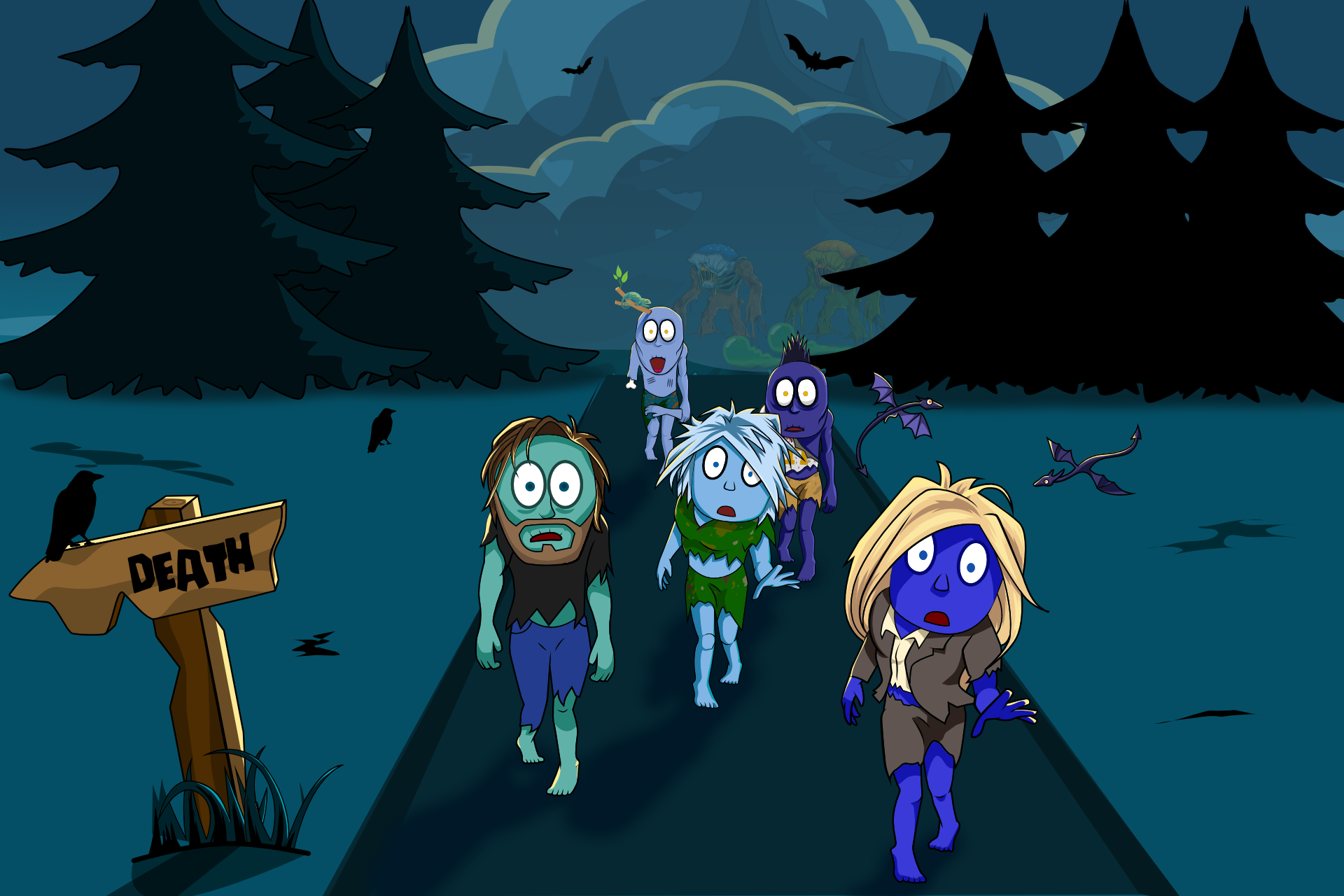 I often remember the time I did my first zombie run and barely made it out alive. It was the day I learned a valuable lesson to keep moving forward.

Once a year, we like to do a zombie run in our blast zone. It’s more like a stumbling about than a run, but it’s filled with all kinds of pitfalls that make us wish we could run: flying squids, sentient ooze, lumbering mutants, and that one zombie who just got into MLM.

Everyone gets something out of it. The mutants enjoy the chase, the sentient ooze is able to collect a ton of fallen items – often limbs and digits, and the zombies get a chance to have their lives flash before their eyes. Sadly, even that goes really slow.

The thing I’ve learned in each of these races is to keep moving forward, just like the first time I did a zombie run and was faced with a life-changing decision.

My first zombie run was completely unexpected. I stepped out of my hovel only to see a horde of zombies running toward me, chased by all manner of predator and foe. I got swept up in the moment because I didn’t want to get trampled.

Sure, I was already in shape. I do my daily exercises stumbling around my yard mumbling “brains,” but this was a whole different level.

At first I felt confident that I could stay ahead in the pack, and I was right. I had made it far enough that 2/3rds of the pursuing mob had dissipated, and I was running my best time ever.

I was definitely doing better than some of the zombies who had been paralyzed by fear and others who were chased by the guy explaining why his business wasn’t a pyramid scheme.

Do you think the Pharaohs had a hard time getting everyone onboard with their building ideas? “I don’t know. This sounds like a pyramid scheme to me.”

At the same time, I was running much faster than normal which started to hit me. I needed a break. It was at that moment I asked myself: take a break or keep moving forward? or brains? (I’m not the best thinker on my feet.)

Why to Keep Moving Forward

I thought about it, and I realized something. I had already gone 2/3rds of the distance. In less than 10 minutes, the rest of the chasing horde will have given up. I can take a rest and still be okay, or I can go just 10 minutes more and make the best time I’ve ever had.

In 20 minutes, either way, it would all be over. I could either press on for 10 minutes and have a memory I can be proud of forever, or just let this be another event that fades into the background.

Sure, there are times we need a rest, but when the finish line is in view, it’s time to keep moving forward. It’s time to press on, past the sluggards with outstretched arms and the clueless with droopy eyes and mouth agape. So that’s what I did.

Rest is important, but sometimes finding the right motivation will keep us moving when we still have it in the tank. Look for motivation where you can find it.

It’s not always easy to keep moving forward (especially if you feel lazy and unmotivated), but sometimes you need to focus on the goal. When you have the opportunity to make your own personal history, keep moving forward, and leave the fears that chase you in the dust.