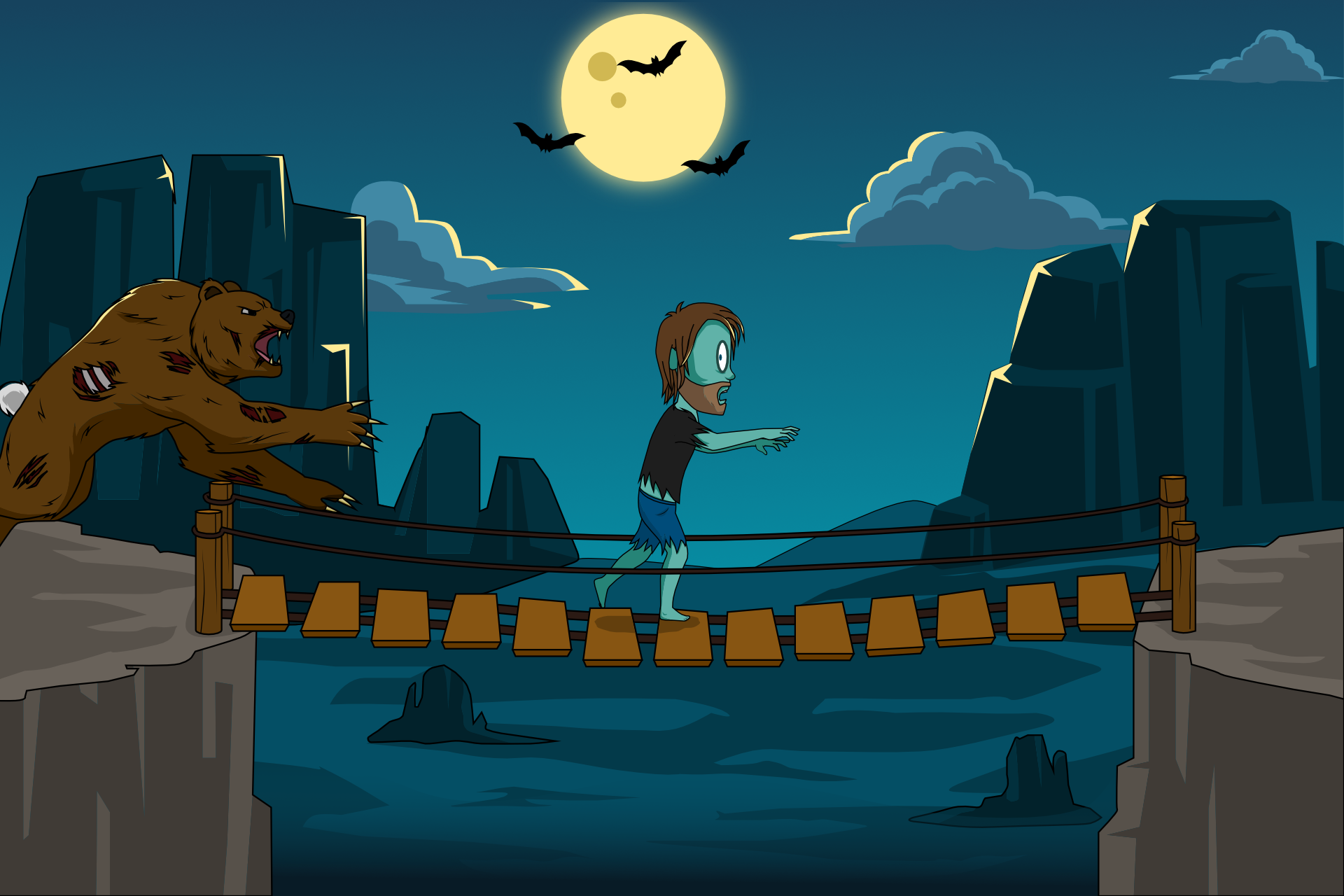 Sometimes, when you’re stuck between a werebear, and a giant chasm, it’s hard to move forward. At times like these, the best thing to do is just take a step.

Why I Hate Bunnies

Okay, I know it seems like this post just took a hard right turn. Here I was talking about werebears and chasms and now I’m talking about bunnies. That’s assuming I didn’t lose you with the idea of a werebear. Plus you may be asking why bunnies weren’t affected by the apocalypse since I’ve said before that only goats were unchanged.

It will all make sense in a second. Scratch that. None of it will make any sense, but at least you will understand it.

Sure, bunnies are still cute little adorable creatures. They’re probably just like you know them except for one small thing: they turn into rabid bears at the drop of a hat. They’re werebears. And unlike the kind of stories you may have heard where they change at a full moon or after going to high school for four hundred years (some of your stories are weird), werebears transform whenever they want to.

That’s why when I see a bunny I just take a step back and start heading the opposite direction. Unfortunately, I came across this one unexpectedly. The next thing I know I’m running for my undeath.

Crossing the Chasm of Fear

The thing is that this werebear caught me completely by surprise and I soon found myself with a werebear behind me and a chasm in front of me. Tuesdays, amirite?

The fear of heights was overtaking me, but I knew I had to make it across. Werebears hate bridges. I knew I had to just take a step as the werebear was closing in on me. She came closer and closer, so finally I just put one foot in front of the other. Then again. Then again.

After about 5 feet, I turned to see the werebear roaring, then whimpering, then transforming. I kept moving, because bunnies are just fine with bridges.

Sometimes life isn’t about finding the secret to loving what you do or finding the 3 biggest benefits to having fun at work.

Sometimes life is scary. Sometimes you have to cross a chasm of fear over a bridge of uncertainty while you are being chased by a werebear of anxiety who was transformed from a cute little bunny of high expectations.

Yaki’ kind of overdoes it with the metaphors. And the zombie cologne.

If you want to make progress, don’t worry about crossing the whole bridge or doing a whole project. Just take a step. Do one task at a time. Start it. That’s how you make progress.

Just take a single step. You’ll be surprised at how easy it is to take the second one.

Just take a step to make progress. That’s how you succeed.

Okay, I know I had a bad day today, but the real question now was how the hell am I going to get home?