Intelligence and Success (and What You really Need) 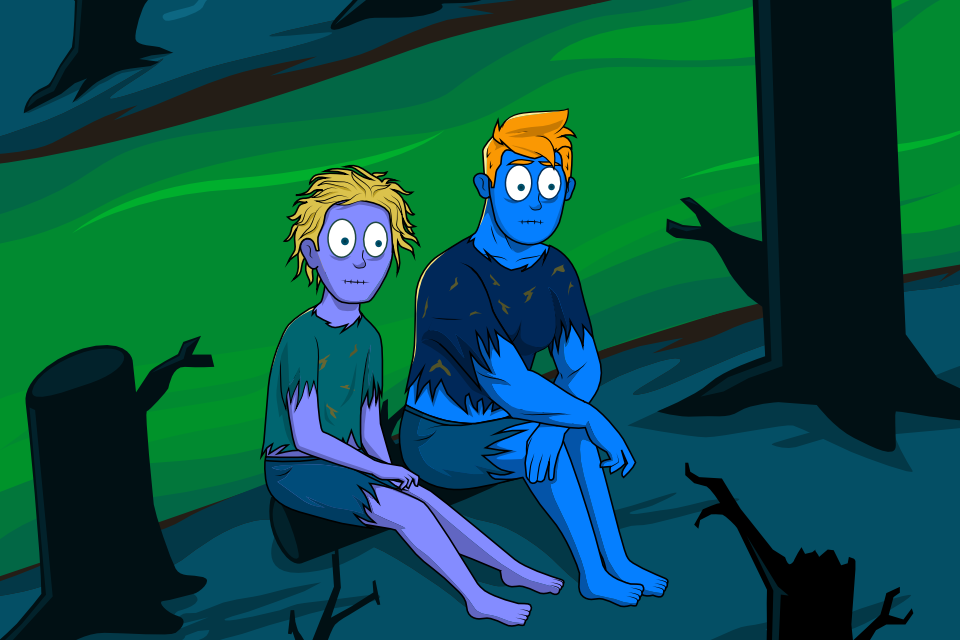 So you’re super smart? That’s cool, but without this one other thing, it’s all meaningless. If you’re wanting to know the link between intelligence and success, just ask Chi’co and C’ubs.

Two Peas in a Reanimation Pod

Chi’co and C’ubs are pretty much inseparable. Although they ended their lives blast zones apart, they were reanimated by the same mad scientist through a special zombie exchange program. They have been thick as thieves ever since. They have found what makes a good relationship.

Besides the fact they get along so well, is the fact they compliment each other. Chi’co is very smart, and C’ubs is the one that ends up getting them out of jams.

See, Chi’co is very good at knowing things, but C’ubs is the one who figures things out. Why? Because when it comes to intelligence and success, there is one thing C’ubs has that Chi’co doesn’t, probably because it was accidentally removed as part of his reanimation process.

But that’s okay, because Cub’s has it in spades, and she isn’t afraid to use it.

If you want to know what I mean, you can just ask them about it. Of course you will just get an earful of “brains”, but if you can find a translator, you will hear about the three incidents involving trees.

One time, Chi’co and Cub’s were being chased by a scorse. They came to a river and had nowhere to go. Now, Chi’co could have told you how fast the river was flowing or how much time it would take for the scorse to catch them, but it was C’ubs who noticed a tree that was rotting and could imagine a bridge. She pushed the tree down over the river and they crossed to safety.

Another time, they were running from a flying squid. Chi’co was busy calculating how far to the next shelter and how soon the squid would catch up to them while Cub’s saw an extra-large hollowed out tree and pictured a great hiding spot.

Still another time, they were walking through the woods when they could hear the heavy footsteps and low groans of a lumbering mutant. As Chi’co was busy calculating the mutant’s size and distance from the sounds, Cub’s was gathering large evergreen branches and formed a simple hiding spot.

There is something you need with intelligence and success and Chi’co and Cub’s have found it. That’s why they stay so close. Chi’co has the intelligence, and Cub’s knows how to use it with this one thing.

Intelligence and Success, and…

If you want to be successful, you need more than intelligence. Knowing things is a powerful tool for success, like knowing how toxic a lake is, or how fast a lumbering mutant is, or how high a flying squid is when he drops you.

But knowing things isn’t enough. Intelligence and success require one other thing: creativity. They require the ability to take information and see possibilities. Just like C’ubs was able to see a bridge in a tree or a shelter in a trunk or a hiding place amongst branches, creativity will take the knowledge you have and turn it into something amazing. It’s actually one of the 3 keys to a positive mindset.

Knowledge is powerful. Creativity is the tool that unlocks that power.

If you want to be successful, learn. Increase your knowledge, but don’t stop there. Train your brain to look at things in new ways. Take time away from learning only the things that are associated with what you want to know to consider all kinds of other knowledge from other walks of life. It’s the ability to see things as something else that increases our creativity and helps us find success (much like the difference between passion and talent).

Intelligence and success are intertwined, but it’s creativity that unlocks our true potential and can be the one thing to catapult you to success. Embrace both intelligence and creativity, and you will find your life full of great success.