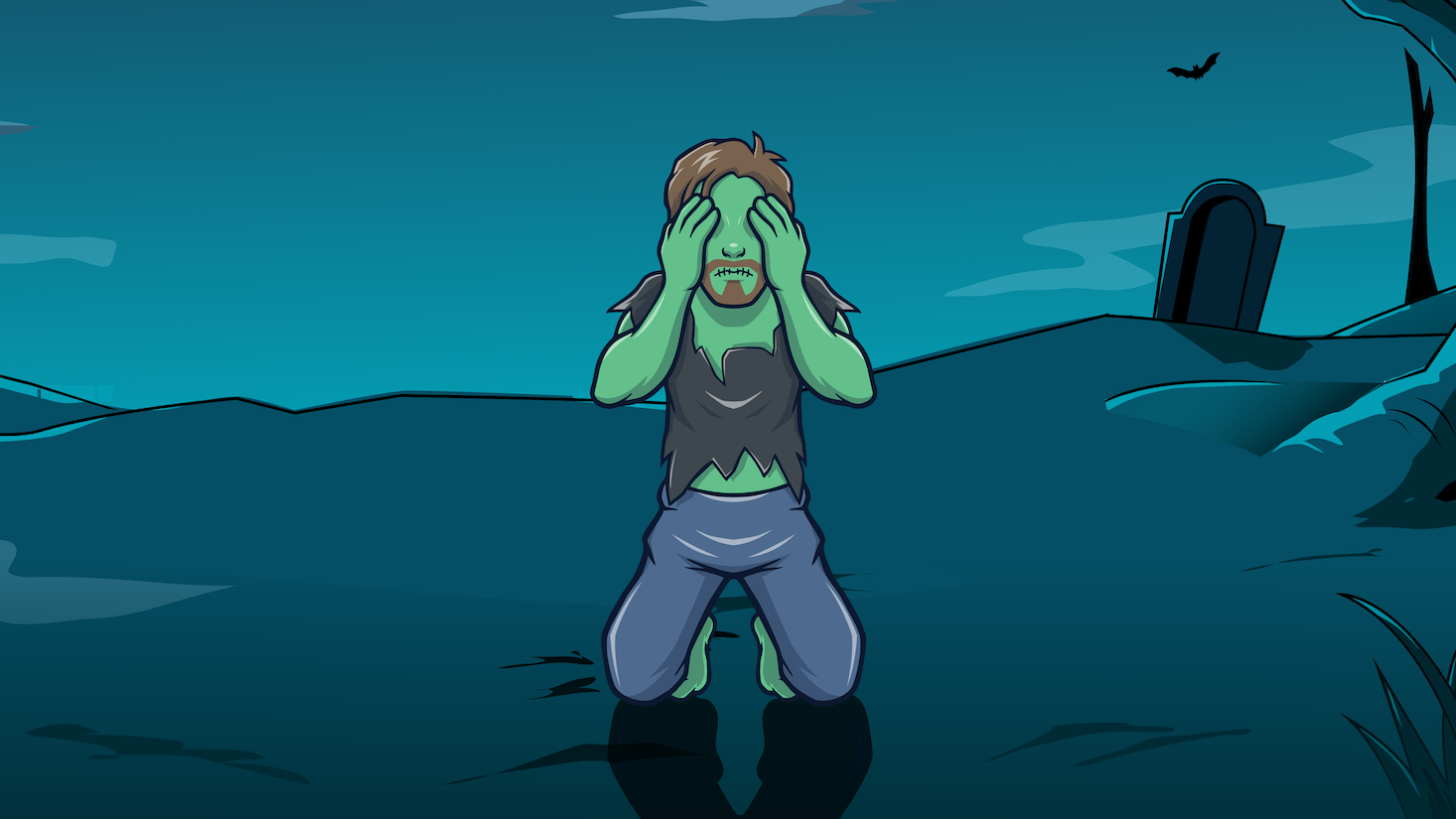 If there is one thing that stops people undead in their tracks, it’s the thought “If I try, I’ll fail.”

Now let me tell you why it’s dead wrong.

I’ve done a lot since I died, all while being accosted by toxic mutants, protecting myself from radioactive gopher/bird hybrids, and dealing with my own anxieties. I’m often afraid to even try thinking “If I try, I’ll fail”.

The truth is actually the opposite. In fact, you only need to look as far as one of our mad scientists to understand.

One Mad Scientist and a Roomful of Cunk

When I think about failure and succeeding, I think about the time that one mad scientist… okay it strikes me that when I say that I need to specify. There’s something about a nuclear apocalypse and the mass reanimation of the dead that really ups the crazy. You can’t snap your arm off and throw it without hitting 3 or 4 mad scientists.

Anyway, the mad scientist who looks English, speaks Japanese, eats Moroccan, and sneezes in German… the one who’s always messing with animal hybrids. (Sigh). The one who lives in a tree. The one who… never mind. It’s impossible to narrow it down enough.

Anyway, this dude combined a cat for its curiosity, a wolf for its boldness, and a radioactive skunk for its cunning defense. What he ended up with was an animal that would pick fights then freak out and run away leaving a toxic cloud of gas behind it. It was the animal equivalent of a room-sized A-bomb.

It was actually a surprise success for a mad scientist. He probably would have won the annual M.A.D.S. award if his cunk hadn’t tried to hump a judge’s leg, then freaked out and inadvertently wiped out the entire panel.

Even this guy found success in his failure. Sure, it’s deadly, horrific, and unspeakably evil, but for a mad scientist that’s a trifecta!

The Only Way to Fail Is not to Try

In your dimension, your actor and co-creator of Monty Python, John Cleese said, “nothing will stop you being creative so effectively as the fear of making a mistake”. In our dimension, all the pythons simply meander about hitting each other with torn off appendages trying to reenact the Gumby sketch.

Persistence is one of the most needed assets of successful people, yet most people who are successful fail time and time again. Why, because failure isn’t an end. In fact, it’s not even a failure. There are two outcomes when you try something, you either succeed or you learn. Successful people don’t say “If I try it, I’ll fail”, they think, “simply trying is success.”

Imagine wanting to do anything you wanted to do: learn an instrument, become an artist, write poetry, etc. Now realize that you can eventually do it, you may just have to make mistakes along the way. In other words, you can never fail, you simply keep going even when you don’t get it right.

You need to try and keep trying. That’s the way to succeed. It’s just like Zombie Goals: the only way to fail is not to play.

You can get more insight, encouragement, and psychologically-proven techniques to bring your dreams to life sent right to your inbox and learn more about our upcoming app that makes building amazing habits a game right here: I’m ready to succeed!