How to Create Systems Instead of Goals 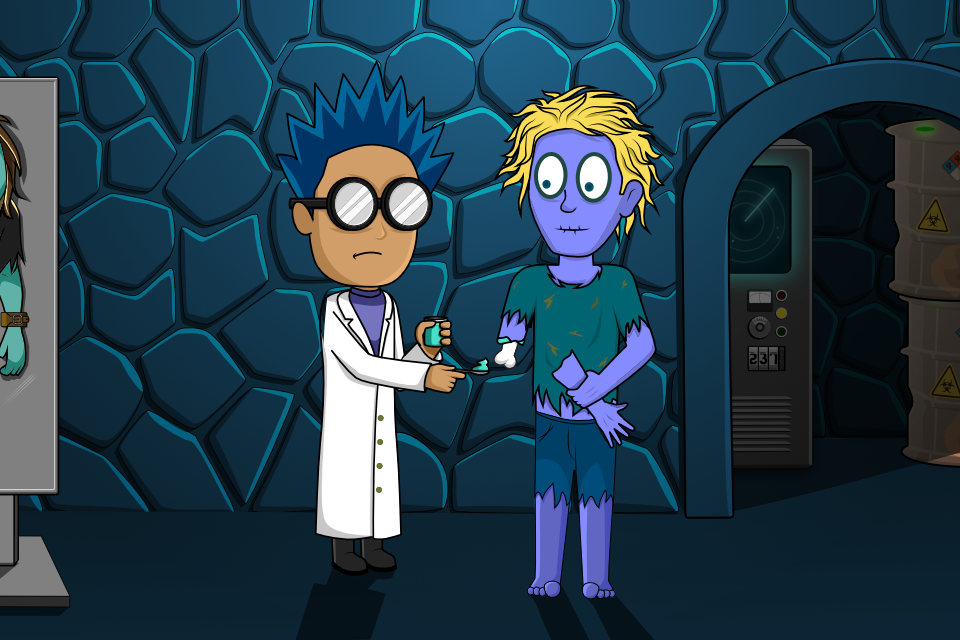 Have you ever set a goal you just didn’t meet? Have you ever surprised yourself by accomplishing something amazing without thinking about it? It’s all about what we focus on. Here’s how to create systems instead of goals.

The Unexpected Invention of Zombie Paste

We have a lot of mad scientists running around here. Basically, you were either once dead and reanimated, or you’re still alive and are a mad scientist. I guess there is something about being in a toxic, post-apocalyptic hellscape that kind of makes career choices almost predestined.

It’s not so much a hellscape as it is a fairly collaborative zombie-filled community with the occasional toxic swamp, lumbering mutant, and giant flying menace. It’s pretty much Florida.

There was one particular mad scientist who really struggled to come up with anything valuable. He had goals that he never met. He worked hard, but accomplished little, and that flying squid detector he created – let’s just say the few people who owned one were last seen being dangled over his lab.

But one day he created one of the most important inventions of our time: zombie paste. For zombies, it’s a godsend. Knock off a toe? Just use some zombie paste. Accidentally toss a finger? Just slather on some paste, and it’s good as new.

And he did it because he found out how to create systems instead of goals. Here’s what he did.

This mad scientist struggled to do pretty much anything. He set goals he never kept. He had difficulty in decision making. He created schedules he never followed. He wanted to accomplish great things, but instead found himself daydreaming, procrastinating, or just completely blowing off work.

It wasn’t until he found a secret that things changed: he stopped worrying about results.

The thing is that inventing things takes time. It can get boring. It can get discouraging. It can become completely frustrating. Having a goal on the board that says “I invent one thing each month” can become more of a taunt than an inspiration.

It’s not that he stopped focusing on results. It’s that he found out how to create systems instead of goals. That means he realized that he needed to focus on different results.

The more he focused on meeting a nebulous goal, the more he failed. It wasn’t until he changed his focus that things changed.

He focused on doing the work. Instead of an unclear goal of creating one invention a month, he created simple goals around work.

He found this much easier and more motivating. He would start a timer, listen to some music, and do his work. He focused on creating healthy habits instead of the specific outcome. Before he knew it, he had created zombie paste, and the world has become very attached to it.

How to Create Systems Instead of Goals

If you want to know how to create systems instead of goals, focus on building habits instead of worrying about the work. Success isn’t about what you do as much as it is about doing it consistently to build habits.

Running a few sporadic miles a month isn’t as valuable as walking for 5 minutes a day consistently. Sure, the first may cover more ground initially, but it doesn’t become ingrained in you; you only do it when you feel like it. After all, what is your daily routine for if not to motivate you to keep doing the right things.

A habit on the other hand is something you do consistently. Focus on the formation of good habits over performing the goal.

Goals are valuable, but habits are what get the job done. Focus on building habits over meeting goals.

As habits are formed, it becomes easier to achieve goals simply by being motivated to do the work every day. In fact, one of the most crucial ways to keep your goals on track is to build strong habits that support them. Who knows, you may even find a new way to put zombies back together. One can always dream.