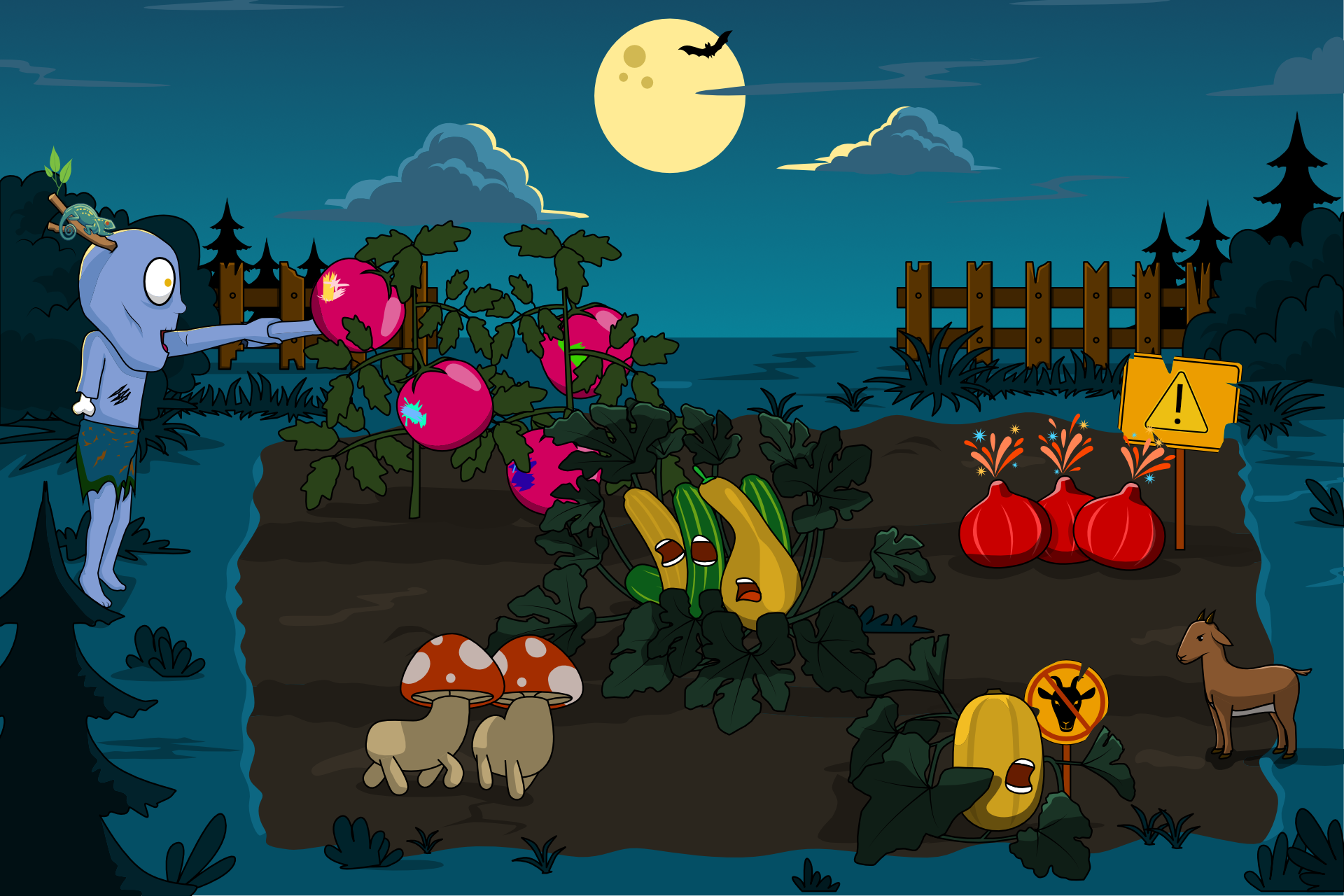 You know why no one has ever made a business that smashes your fingers with rocks for money? Because it’s not fun. After all, fun drives success. We like to enjoy what we do.

If you want to be successful, it’s worth knowing that fun drives success and the three principles that support that truth.

The other day Bob was out slapping the tomatoes. It’s one of his typical Bob quirks. He has a bizarre garden full of all kinds of crazy vegetables that he can’t eat, but he enjoys it just the same.

Everything is irradiated and mutated and he can’t have any of it anyway. Still he loves to grow it, mostly because it’s fun for him. It’s a way to let off the pressure of having 3 jobs where he doesn’t do anything.

He has mushrooms the size of little dogs that actually walk around. He grows squash that’s red and hot to the touch and shoot out explosive material whenever they feel threatened by loud noises. There’s also zucchini and crookneck squash that actually yell at you with a Brooklyn accent, and he has a spaghetti squash that picks fights with goats. Someone needs to. Those things are freaks.

But his favorite things are his tomatoes. It’s not the tough leathery skin or the magenta rind. It’s the fact that every time he slaps them, they grow just a little bit. Over time he grows tomatoes that are big enough to live in.

Bob has built an amazing garden, which goes to prove the concept that fun drives success. He understands that fun matters and we are most effective when we enjoy what we do. He also understands that keeping things simple is important.

When Bob tried to train Okl’n to take care of his garden, he had limited success. By that I mean he had no success. It wasn’t until he made things simple that Okl’n understood.

Originally, Bob tried to explain the nuances of gardening and proper slapping technique to Okl’n. It never struck him that Okl’n is someone who constantly finds himself frozen by staying in the graveyard too late, when all he needs to do is… not.

Eventually, Bob employed the 3 keys to a positive mindset and remembered that fun drives success. Part of that involves keeping things simple. After all, simplicity rules: distilling truth and action to their simplest forms makes them easiest to handle.

So Bob made it easy. He painted faces on the tomatoes so it looked like they were laughing at Okl’n. He put a sign by the spaghetti squash with a picture of a goat with a line through it. He put another sign near the red-hot squash that looked like Okl’n’s ex, so Okl’n would avoid it.

In short, he made it as easy as he could for Okl’n to understand and do, but then he did something that made Okl’n the best damned gardener in the tri-state area.

Considering they’re zombies in a post-apocalyptic world, the word “damned” is really more of a state than an expletive. Also, the concept of a state as a geopolitical area doesn’t exist here. The world is broken down into blast zones. The three states being referred to are cluelessness, anger, and fear.

At first, Bob was thrilled that Okl’n was getting it. The signs and other visual cues made it easy for Okl’n to avoid the wrong things and do the right things.

But he wasn’t really into it. He was simply “doing his job”. Bob’s prized tomatoes were barely growing. What first started out as disappointment became an idea that inspired Bob.

Bob trained the zucchini and the crookneck to pester Okl’n every time he came to the garden. They would tell him that the tomatoes were making fun of his mom. The anger welled up in Okl’n and he started slapping the magenta out of the tomatoes. It was so loud the red-hot squash started firing up explosions like fireworks. The whole thing put a smile on Okl’n’s face.

Okl’n had never had so much fun, and the tomatoes had never grown so well. Why? Because fun drives success. Bob had employed the last truth, that wow accelerates results: fun and excitement drive engagement, productivity, and retention. He found the connection between intelligence and success and helped both Okl’n and himself in the process.

If you’re looking to motivate someone, or even yourself, remember that fun drives success. If you follow the three simple principles that Bob used, you can improve the success of a project:

Do you want to make work better? Then make work fun. Whether you change chores into fun activities or are following the principles of a successful person by having easy, streaking fun, just remember: fun drives success.