Focus on What You Do 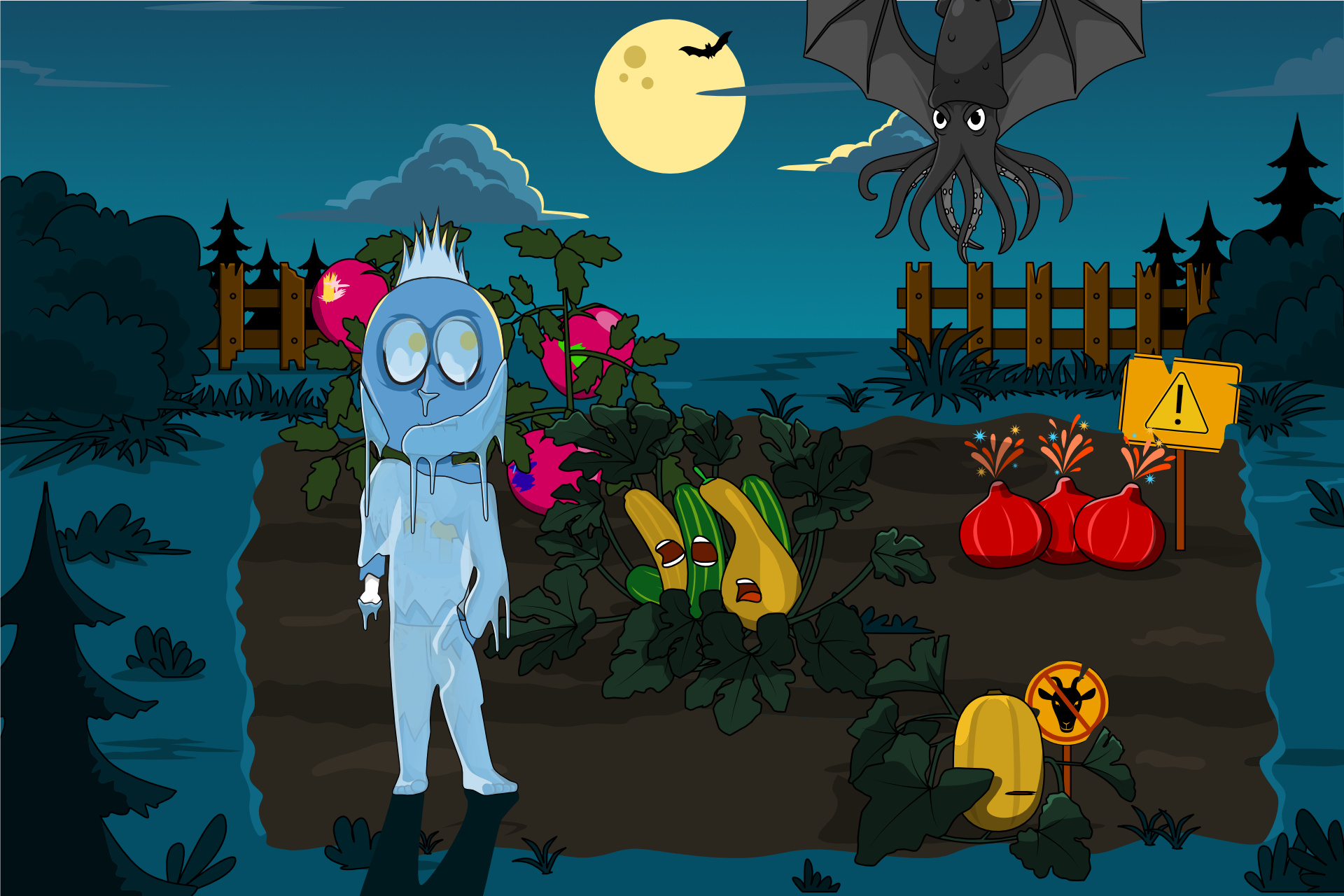 You forgot to do the dishes, take out the trash, eradicate your hovel of slime monsters, and put the scaresquid in the garden. Every time you think about it you feel defeated and demotivated. The solution: focus on what you do.

If you’ve ever seen a flying squid, you know the value of having a scaresquid. It’s just a bunch of twigs and such dressed up to look like a zombie that you put in the garden, only it’s firmly affixed to the ground. When flying squids come by and try to yank their victim into the sky, they get so frustrated, they storm off for several weeks.

Bob’s never been one to shy way from saving some effort, so he’s found a clever way to save some time. He’ll simply check the graveyard to see if Okl’n has come across any frost monsters. If he has, he’ll take his frozen form and plant him in his garden.

It’s a win-win. Well, except for Okl’n, who will come face to face with a flying squid. Still, between the exploding gourds in Bob’s garden and the slippery skin of his intended target, the squid eventually flies off. What’s more, the fact that Okl’n’s frozen means his pants will always stay dry.

All the Things Bob Doesn’t Do

Bob doesn’t do a lot. He works in his garden, that’s true. But he avoids creating his own scaresquids. Sure he’s president, but that’s not like he’s really focused on the job, struggling with some difficulty in decision making. He really doesn’t do anything.

All things considered, that’s a good thing. Zombies are not really the best at making wise decisions. After all, some of the zombies around today were the ones who created this post-apoclypvtc heckscape when they were human. And some of them were responsible for the Kardashians.

There is a whole lot Bob doesn’t do. There’s still a whole lot he does. From being a president to a lab assistant to a business owner. How does he do it? He does it by understanding how to focus on what you do.

Focus on What You Do

Focus on what you do. It motivates you to do the things that will make your life better.

Enjoy a life you look forward to. Focus on what you do to make it better and you will find your life to be inspiring and fulfilling.