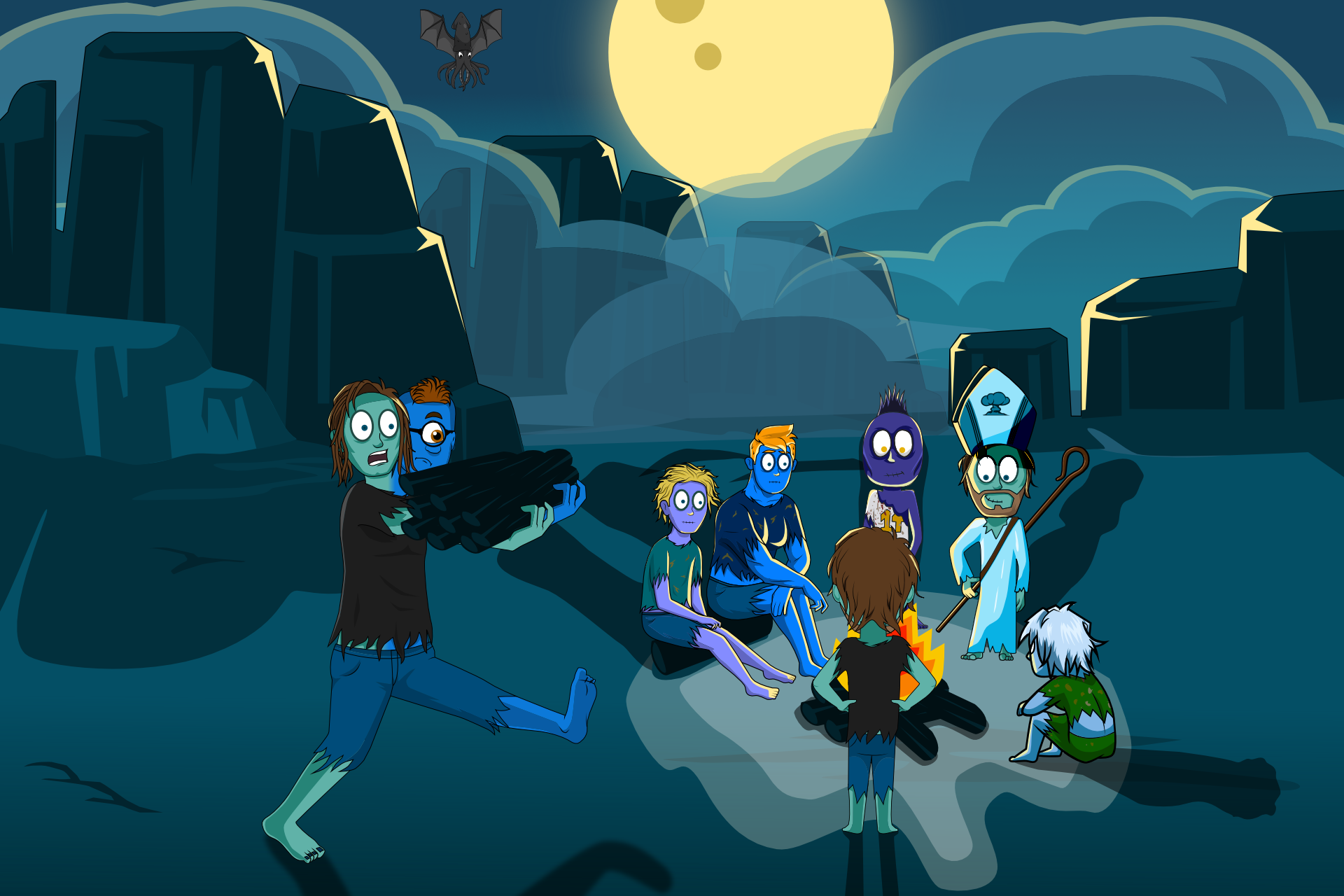 Becoming a zombie changes everything. In a bizarre way, it clarifies your thinking. Your focus really changes. You gain a new sense of clarity, like realizing that everyone matters and understanding what that means.

Before the apocalypse, people were very focused on things and acquiring stuff. It’s hard to even remember what some of that stuff was.

When it came to people, we didn’t really understand what makes a good relationship. Our relationships revolved around our accumulation. We made connections to incorporate more people into helping us accumulate more.

Sadly, we never found a goal we could reach that we didn’t make a bigger goal to reach more. Our people with the most stuff could own more than tens of thousands could ever use and they simply set their next year’s goal for more accumulation rather than helping others who had nothing.

Then the apocalypse hit. What used to seem important didn’t seem so important anymore. What often got lost in the shuffle, was now front and center. We used to care about connecting with the powerful so we could accumulate more. It’s a different world now. Now we realize everyone matters.

Before the apocalypse, people were deemed more or less valuable by what they contributed. On the surface, that feels like it makes sense, but there are two problems with that.

Secondly, we all contribute. That’s the thing that’s maddening about the people that don’t get the first thing. To those types of people, they only see contribution as help in accumulating stuff. Does a flower not contribute to a better world just by existing? I’m asking. I don’t know. We don’t have those. I heard some rumors about them and they sound really cool.

People contribute all kinds of things: wisdom, companionship, kindness, life lessons, community, just to name a few. It seems the only people that miss this are the people too focused on accumulation to realize it. For them, there’s a link missing between intelligence and success; they’re smart, but they haven’t realized the key truth about the value of people.

That’s why, after the apocalypse hit, we treated everyone equally, regardless of how many heads they have, because everyone matters.

It will be no shock to you to realize that we value our fellow zombies over things. To us its simple: people have value and things are tools to help people.

When people kept everything for themselves and didn’t share with others, the amount of things available dwindled. A few people had more than enough, but that still wasn’t enough. They began fighting. They began building systems to protect their stuff and ruin other’s stuff. The result was what you would expect when you put things over people: destruction.

Since then we’ve learned not only that everyone matters, but that people trump things. As long as we care more about things than people, bad things happen. If we instead see things as tools to help with what matters – people, life is much better, even when being chased by lumbering mutants.

Equality Must Be Championed

Sadly, one final thing that we’ve learned is that equality must be championed. It’s not enough to tell people the truth. When people believe something, no matter how outlandish, they don’t care about the truth; they only care about holding on to their opinions.

It’s only through concerted effort that we’ve treated everyone equally. Initially, some zombies were treated differently for being reanimated by mad scientists instead of reanimated naturally. Some were looked at differently for how many limbs or heads they had.

At the same time, no one cared about the color of someone’s skin. Could you imagine predefining what a zombie is like because they’re purple instead of blue? I mean, what kind of craziness is that? Zombies are zombies. They only thing that makes one more capable than another is how the rest of the zombies treat them.

Which is exactly what we learned. When we treated everyone equally, they acted equal. Any predispositions we perceived had more to do with us treating someone differently than them being different.

That’s why equality must be championed. It’s not enough to believe all zombies are equal. We must treat everyone equally and make it a goal. Everyone matters and championing equality is something that reinforces that truth.

As zombies we’ve learned a lot to find success even in a post-apocalyptic world.

The first thing we realized was that success isn’t what we always thought. At the same time, we became more effective and more productive when we realized that fun drives success.

We grew stronger as a community when we realized that success is for everyone. And once we realized that everyone matters, we enjoyed life more and had a surprisingly better world in spite of flying squids, toxic ooze, lumbering mutants, and acid-spitting turtles.

If you want to be a successful person, not by accumulation or how much you produce but in how much life is worth living, then remember these three important truths we’ve discovered:

If you want a life that is valuable beyond how much stuff you have, then remember that everyone matters. Interact with those around you in ways that change your world for the better.