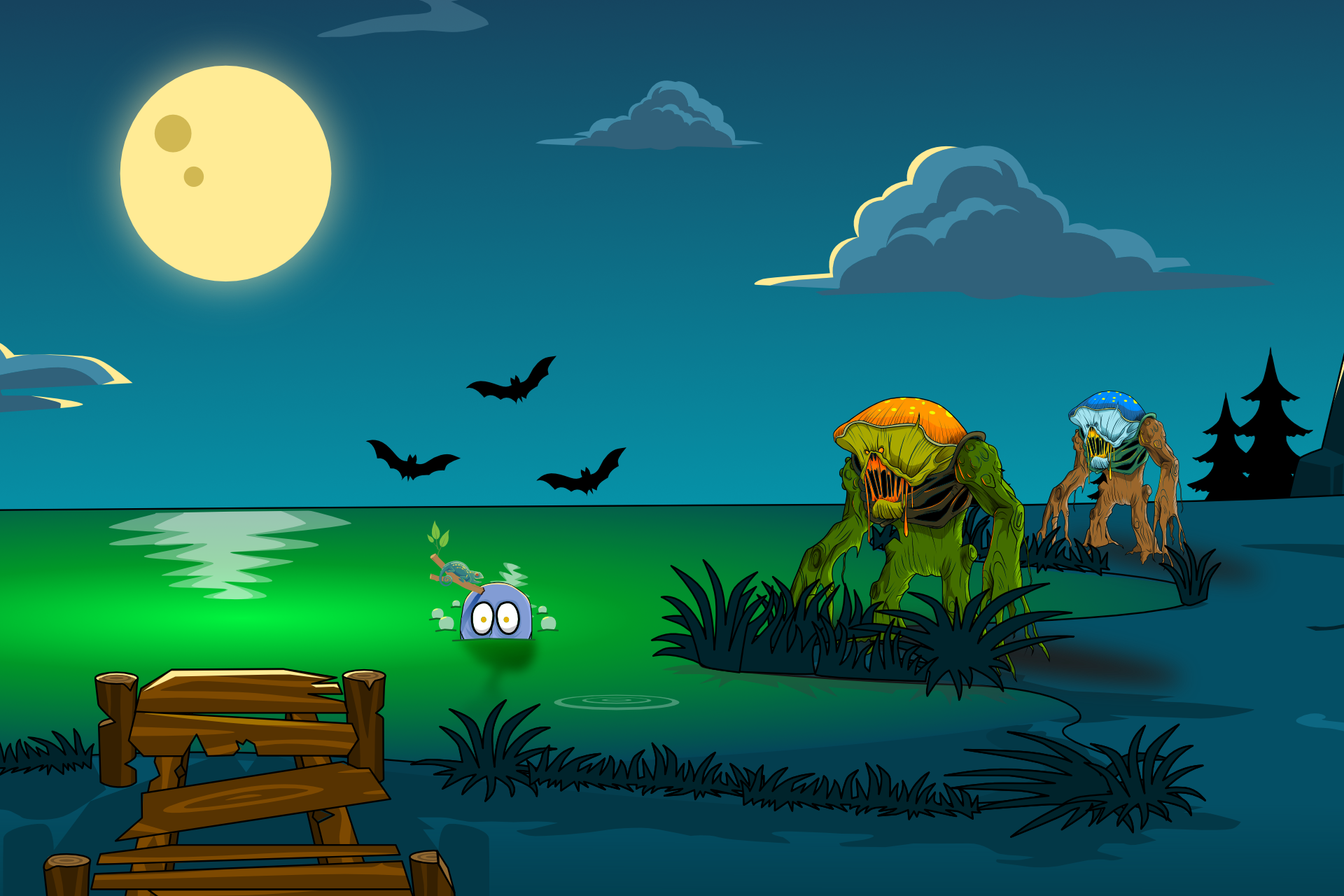 And I should know. I’ve bitten them!

I often wonder what it would like to grow up from a baby as a zombie.

As somewhat immortal beings in this post-apocalyptic heckscape, zombies really don’t have a chance to experience infancy. It’s kind of sad. Think of how proud new parents would be on hearing their child say their first “brains!”

At the same time zombies would really struggle with crawling. It’s almost impossible to do while holding your hands in front of you mumbling “brains…”  The problem is that walking isn’t something that happens immediately. It requires daily effort that starts out with crawling.

Think of how much time a baby zombie would be laying belly down, arms forward, face mashed into the floor, trying to crawl with two legs while mumbling “frain…frain” through the carpet.

Even though learning to walk is something only humans have to worry about, it still requires a lot of daily effort that we never really think about. It’s this consistent daily effort that becomes daily habits to improve life.

The first thing you want to do to create daily habits is make habits easily manageable and bite-sized. This not only fights the fear of failing from doing something overwhelming, it keeps us from worrying that if we try we’ll fail.

After all, it may seem overwhelming to paint an entire hovel, but it’s hard to feel like a failure when your only task is to swipe a brush 5 times (and when you realize how easy it was to do 5 brushstrokes you almost can’t help but do more. That’s why we do less to do more.)

After all a child doesn’t learn to teeter around on its first day. First they move their legs, then scoot their face across the floor, then stand, then teeter about, then stumble and mumble. That’s how humans do it, right?

But it’s not only doing things in bite-sized chunks. You also have to keep doing things. I’ve seen lumbering mutants that used to be amazing at skipping zombies across a lake, but after giving it up for a few seasons, they can barely get two skips before the zombie sinks to the bottom.

It’s not only embarrassing for the lumbering mutants, it sinks the zombies right in the middle of a toxic lake and they have to trudge all the way back through the muck and ooze.

As I was walking my way out after a chat with Larry (if you can call the underwater mutterings of “Brains! Brains!” a chat) I realized what I really wanted was a simple, quiet day.

So, after half an hour of breathlessly walking toward land (not that I was out of breath, just that I don’t breathe), I decided to reward myself with a day away from all the hustle and bustle of modern, mutant-infested life. I found that one simple reward to be a huge boost for my motivation to get myself out of that lake.

You can improve your life with daily habits by following three simple steps:

Enjoy a life that’s fun, exciting, and where you’re in control. Follow these three simple steps and build daily habits to improve life for you and your future.

If you want more exciting tips to enjoy life from someone who’s not alive (but not dead!) then join our community of undead heads. It’s free!

Learn More
EXCLUSIVES AND MORE
Do you feel your dreams have died? Did you bury your goals long ago? Are your aspirations six feet under? Reanimate your dreams with Zombie Goals!