Build a Future around what you Enjoy Doing 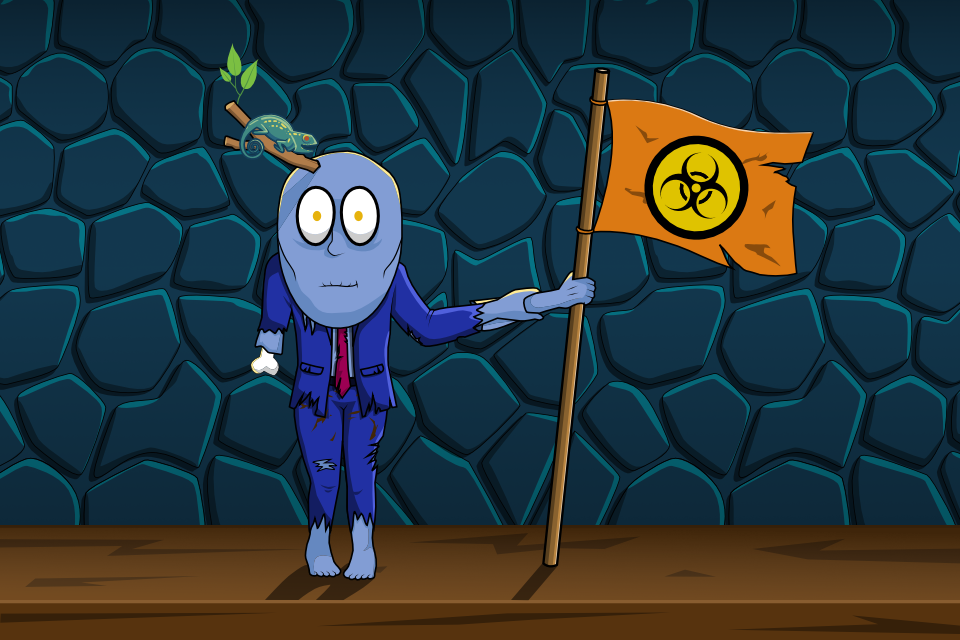 Are you sick of doing work that doesn’t thrill you? You can build a future around what you enjoy doing in three different ways, just like Bob who does three jobs.

When you don’t need to sleep, things can get pretty boring without a job or two. Plus, being president really doesn’t require much effort.

If you want to build a future around what you enjoy doing, simply pick one of the methods that Bob uses in his jobs.

Sometimes you’re in a position where you have to do a job you really don’t want to do. Perhaps it’s a time in your life where things are challenging or maybe you’re just starting out and starting to move up.

Bob’s not exceptionally good at his job.

The thing is, although he’s not great at what he does, people love him. He always has fun wherever he goes. He’s also the only person that gets away with pulling pranks on DoC when they have a Fun at Work Day. He finds ways to inject fun into the job he has. He uses simple tricks to not only get motivated to work, but to change his chores into fun activities.

He’s found a way to make his lab work enjoyable. It’s one way to change work into what you enjoy doing. Another way is doing what you enjoy.

Doing What You Enjoy

When Bob was made president of Blast Zone 17, everyone cheered. Of course that was after months and months of grueling work.

Our post-apocalyptic reality is broken into blast zones. They’re basically like countries, except, for the most part they are separated by some seismic, nuclear, or other destruction. They also have national birds. Ours is a dead pigeon.

Bob worked harder than I’ve ever seen him work. Considering he doesn’t really do much but meander about, that’s not saying much. Still, he built his free time into what he enjoyed. He worked hard, became president, and really hasn’t done much in the job since. So basically he’s doing a great job.

You too can build work around what you enjoy doing, by using free time in your day to work on the projects you like. You can just do it for fun or build a small, part-time business that may even become something bigger, just like Bob did with his comedy club.

Bob’s pride and joy is his comedy club, The Blank Stare.

It may be hard for humans to look at a place like The Blank Stare and think anyone takes pride in it. Order and cleanliness are very important to humans. Zombies don’t really get either of those things. I mean, when you’re basically immortal everything eventually falls to disorder, right? Also, it’s hard to worry about cleanliness when your world is one big bowl of toxic stew.

Bob loves his comedy club. Sure, it’s a tough crowd for anyone. The name, after all, holds true. Still, zombies love to gather, and whether or not they utter any sounds at all, they get a kick out of someone going on stage and saying “brains” for half an hour.

Build a Future around What You Enjoy Doing

In order for Bob to get to this point, he had to start small. He focused on learning. He discovered what it took to run a business. He scoped out the best abandoned building for what he wanted. He hired acts. He made things happen.

If you want to build a future around what you enjoy doing and not just enjoy the work you have or live out your hobbies in your spare time, it will take a lot of work. There are a lot of ways to accomplish this. Here’s what Bob did:

Jumping can look many different ways. It might look like simply applying for jobs that you really want to do or it may be creating your own business on the side. The big thing is that you need to take action now – to research and prepare – and then take action again – to jump and move forward.

Unlike in our reality, in yours there are a ton of books, videos, and resources that will help you with all the steps you need. The big question is: do you want to spend your life doing what you enjoy doing or doing something else?