A Sneak Peek of DoC’s Lab 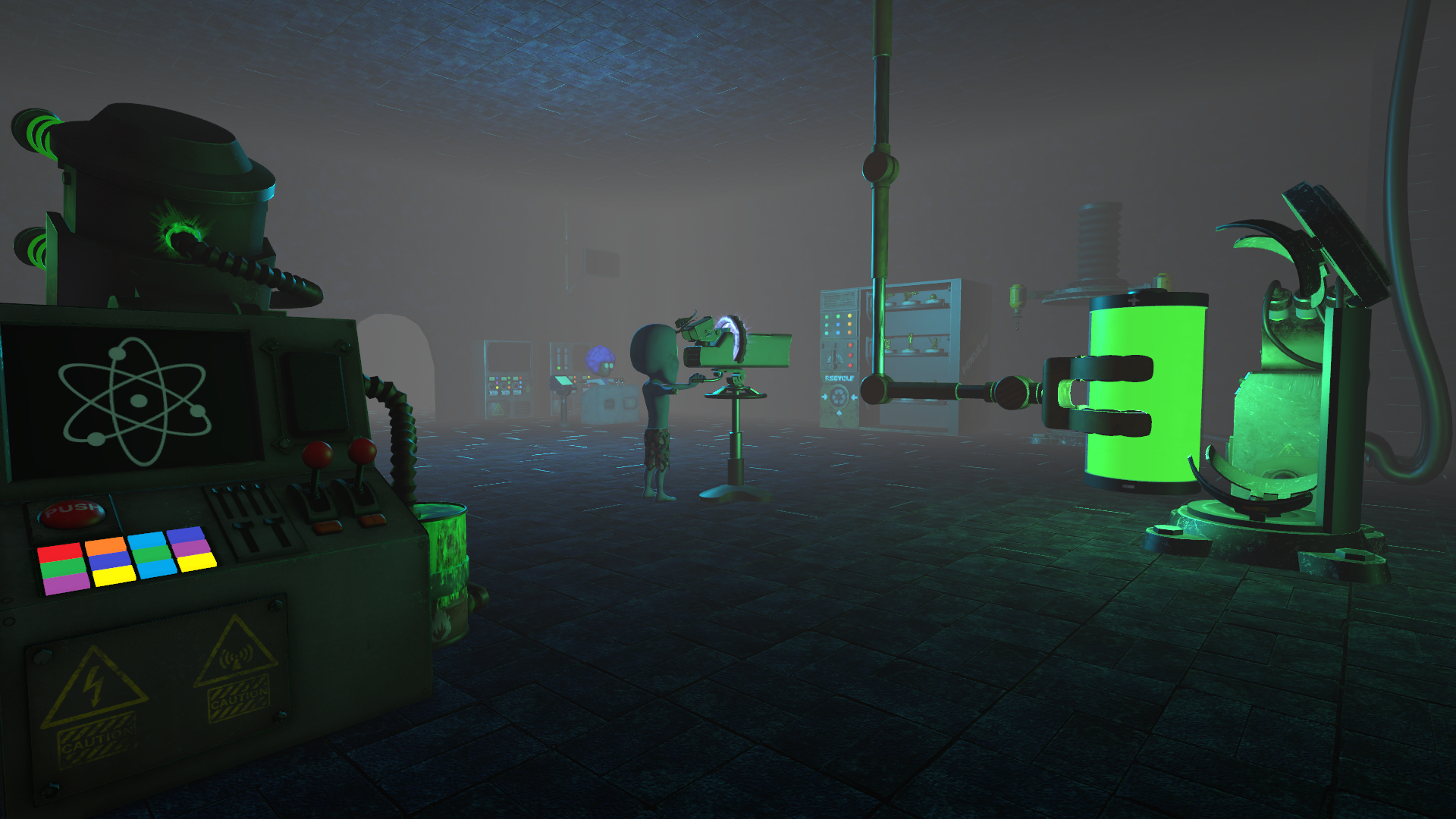 DoC has been feverishly at work to create the technology that will power Zombie Goals. She’s put together the machines that will do a lot of the heavy lifting in our world, and you’re in luck! I’ve been allowed to give you a sneak peek of DoC’s lab!

Ever since this trans-dimensional anomaly that connects your version of earth with ours appeared a little over a year ago, DoC has been working feverishly on understanding it and utilizing it to everyone’s advantage.

Although the massive energy surge created when it burst into existence did send one of your people between worlds (your Safari Jake actually), now that it’s in place it doesn’t appear that matter can cross between.

Luckily, DoC has found a way to translate electrical impulses between worlds, allowing us to send you text and simulated images and videos.

But what DoC’s working on now is creating a mental link between zombies here who have very little focus to humans in your world that struggle to focus as well. The concept is simple: by using a special link a human can be empowered with a zombie’s singleness of focus while the zombie can be more focused with a human’s self-control. And DoC is going to make it all work with a simple app.

Well, a simple app and a slew of machinery that’s she’s developed, as well as some experimentation to find out how long to build a habit (the short answer is that it takes 21 days to build a habit with the easy streaking fun™ model, although there’s more to it than that.) Fortunately, much of the machinery is operational so that she can begin working on the trans-dimensional portion of the process. That means that I get to give you a sneak peek of DoC’s lab!

One of the best things DoC created was the trans-dimensional camera. She loves to recycle old parts and found some really nice cameras that she modified to allow trans-dimensional translation. The reason we need a special camera is that we can’t send video across dimensions – it all gets distorted transversing the anomaly.

Instead, DoC has created these special cameras that takes the video then translates what it sees into a simulated model.

That’s why everything you see looks so… different. The tech is really cool. DoC has explained it to me like 50 times and every time it just sounds so cool.

Anyway, I get to use a camera to show off the lab, so here it is!

First of all, DoC had to create a whole new power grid.

The energy demands of inter-dimensional communication are crazy! Luckily, DoC is able to take the fuel cells she used to power the lab and multiply the power, using a centrifuge and power conditioner. I think that last one keeps the energy supply even and constant. Either that or it makes its hair look luxurious.

Sorry. I make bad jokes when things are over my head.

He makes a lot of bad jokes.

All that power is needed to run the rest of the machines I will show you as we continue this sneak peek of DoC’s lab.

Making it all work isn’t easy. I mean, first, there is the inter-dimensional connection to manage. Then there is the zombie-human link, and you have to monitor the vitals of each zombie to make sure everything is going well.

That’s where DoC’s control machines come into play. They do all that and more.

Plus, there’s the Zombie Linkinator™. It provides the connection between human and zombie. Of course none of that would matter without the zombie being alive. That’s where the reanimation machines come into play.

Be sure to check out our next article where we continue the sneak peek of DoC’s lab including how she reanimates zombies!